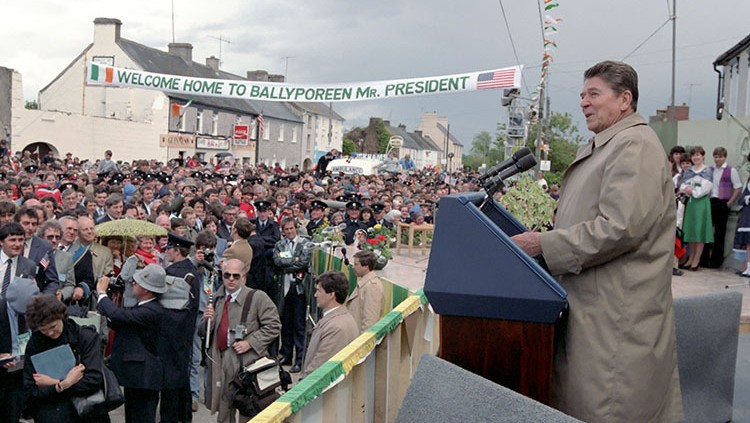 What was it like the day the most powerful man in the world came all the way to Tipperary?

When U.S. President Ronald Reagan descended on Ballyporeen in 1984 to visit his County Tipperary ancestral home, it was said the small, sleepy Irish town would never be the same again. But Ballyporeen has never seen a day like it since. However, thirty years later, how do locals remember the most momentous day in the history of their village?

Ultimately, a celebration of a small community and the great locals who still keep villages like this alive all over Ireland, Hey Ronnie Reagan tells the story through the eyes of the villagers who made it happen. A cast of colourful local characters brings this day to life through humorous accounts of what it was like being the centre of the world’s attention for one day in 1984.